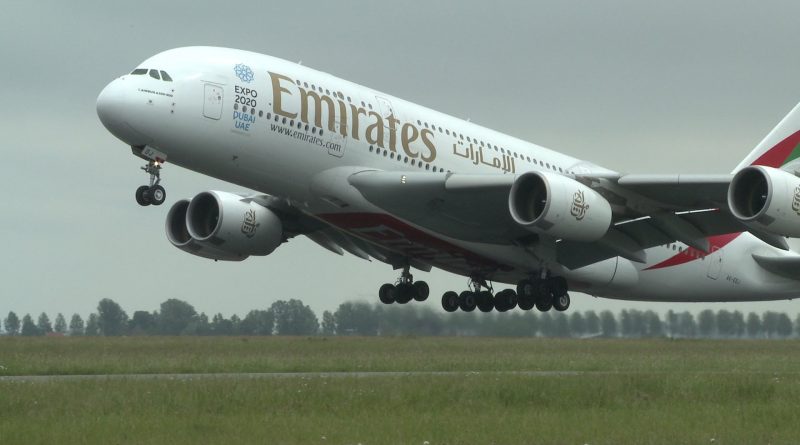 This plane is a an Airbus A380 which is a double-deck, wide-body, four engine jet airliner manufactured by European manufacturer Airbus. According to Wikipedia and other sources this is the world’s largest passenger airliner, which many airports had to upgrade facilities to accommodate it. The A380 made its first flight on 27 April 2005 and entered commercial service on 25 October 2007 with Singapore Airlines.

The A380’s upper deck extends along the entire length of the fuselage; it is narrower than the lower deck but remains comparable to the width of other wide-body aircraft. This gives the A380-800’s cabin 550 square metres (5,920 sq ft) of usable floor space,[8] 40% more than the next largest airliner, the Boeing 747-8,[9] and provides seating for 525 people in a typical three-class configuration or up to 853 people in an all-economy class configuration. The A380-800 has a design range of 8,500 nautical miles (15,700 km), serving the fourth- and seventh-longest non-stop scheduled flights in the world, and a cruising speed of Mach 0.85 (about 900 km/h, 560 mph or 490 kt at cruising altitude).

As of July 2018, Airbus had received 331 firm orders and delivered 229 aircraft; Emirates is the biggest A380 customer with 162 ordered of which 104 have been delivered.

This may be the plane we will be taking to Milan Italy on our vacation. “The tower, the tower! Rapunzel, Rapunzel!” 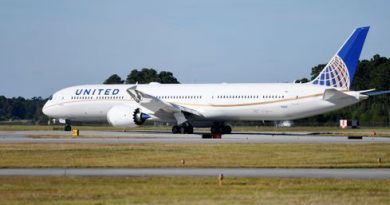