So I received my new Hamilton watch yesterday. I had been watching some watch brands including this one waiting for prices to go down or some big sale. Well this one came up on sale with a $200.00 drop in price. So I jumped on it and bought it. When I ordered it I received an email the next day saying that it was on back order and that it would take up to eight days to get it out to me. So I was a little disappointed and wish they would have told me when I was ordering it. Probably would not have changed my mind but at least I would of been ready knowing that it would be about two weeks to get it.

Well two days later I get an email saying it was already shipped and two days later it is at my doorstep. I was very excited because I knew it was coming in but we were running around taking care of business before we we came home to settle down. When I opened my watch I was really happy with my selection. The watch face is so clear and I really like the added military time on the dial as well as the day of the week. The dials on the watch stand out and really gives the watch an elegant look. The leather band is of pretty good quality. Though I know I will order a different one so I can change it out depending on what I am wearing.

This watch has luminous hands and Arabic numeral hour markers. Minute markers around the outer rim, 24 hour (GMT) markers around an inner ring. Dial type is analog, The day of the week and the date is displayed at the 12 o’clock position. The Calibre is a H-40 automatic movement with an 80-hour power reserve. I will explain the power reserve shortly. It has a scratch resistant sapphire crystal. Skeleton case back. Case size is 40 mm. Case thickness is 11 mm. Band width is 20 mm. It has a tang clasp. This is a Swiss made watch.

Now the power reserve on an automatic watch means the time remaining on the mainspring unwinding before you have to wind the watch. The watch will stay running if you wear the watch everyday because your arm movement keeps it wound. But if you put it down for a couple of days it can run out depending how much tension is left. So if you put this watch down after fully winding it, it will stop after 80 hours.

This picture is the back of the watch showing you the inside of the watch, thus the Skeleton look.

So why did I choose a Hamilton. I really like the look of Hamilton and really like that they have a history in the Film world. For those that do not know, I am a HUGE Film-Noir and Classic movie buff. I have seen Hamilton watches pop up now and then in the movies that I watch. There are iconic movie stars that wore a Hamilton. Elvis Presley wore a Hamilton Ventura which was the first electric watch, powered by a battery. Elvis wore it in the movie “Blue Hawaii”. So that is it for now. KEEP ON TICKING! 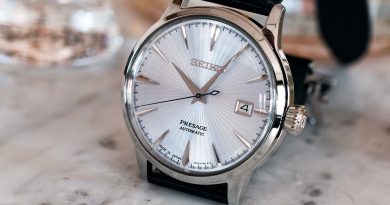 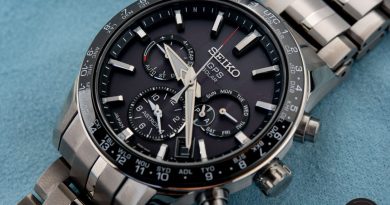 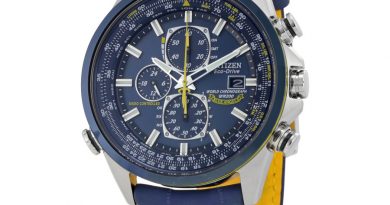