I surprised my son Patrick about a week ago. I told him that I bought tickets to the 2018 United States Grand Prix for Formula 1 racing.  He is an avid fan and keeps up with all the racing. The race was yesterday Sunday October 21, 2018. We stayed with his sister, which so happens to live about five minutes from one of the Metrorail stations. The Metrorail does not usually run on Sundays but was doing it for this event. We caught the 10:20 train, they did not start running until 10:00. It was about a twenty-five minute ride to Downtown. We got off the train and walked about two blocks to the buses.

There were many buses lined up and they were leaving as soon as they were full. We stood in a long line but it was moving pretty quickly until we got up to the tent. We thought they were checking the bus passes but it turns out people were paying for a bus ticket. Finally someone made an executive decision and yelled out, it you already have a ticket move over here in the line. The line was for people already waiting to board. Patrick noticed one of the buses was a Limousine bus. One person leaving the bus who we assume was the driver or helper told the other helper it will only take 50 people. So we started moving toward the bus while he was counting. You could tell he was toward the end because he looked an Patrick and I and asked if we were together and we said yes so he let us go.

Well we were the last two trying to board that bus. But we saw several people standing inside trying to find a seat. They said they could not and started coming off the bus. So Patrick and I immediately went to the next bus that was boarding and just kind of cut in line. We noticed people getting off the other bus. Turns out there was probably ten people getting off. Not sure who was to blame for the bad counting. LOL

Well the bus trip was about thirty minutes to Circuit of Americas. What made it such an adventurous trip was that our bus HAD NO A/C and you could not put the window down. It was probably about 85 degrees in the bus with not any air movement. Anyway, we got to the parking lot of Circuit of Americas and it was about a mile or so walk to the front gates. I paid the $15.00 shuttle tickets so we had to walk. If I would of paid $45.00 a piece we would of got a bus that went right to the front gate. Patrick and I never mind walking.  We did do a lot of walking on this adventure but it was a lot of fun.

When we got to the front gates there was a huge crowd waiting to get through the metal detectors. We witnessed what was almost a fight because someone was cutting in line and someone spoke up about it, not worth the trouble. Of course it was right beside us, Patrick told the other dude, I am not part of this and walked away. The one that was upset about the guy that was cutting bumped into Patrick, not sure if he wanted Patrick to side with him or thought Patrick was with the other guy. Anyway, when we got to the metal detectors all we had to do was take everything out of our pockets hold them in our hand and put our hands up and walk through the gates. Of course the detectors went off but they told us it was fine. We got into the place, had someone use my camera so a picture was take with Patrick and I in front of the ROLEX clock. We then went to the grass area to look at the track. We were able to see Turn 1, we were at Turn 13, We hung out there for most of the race and then moved down a little by the turn.

So it was really nice spending a day with my son. We had a lot of fun. What made it even better for him is that the driver he follows that drives for Ferrari has not won since 2013 and he won beating out Luis Hamilton that everyone expected would win the race and the Championship because of points. 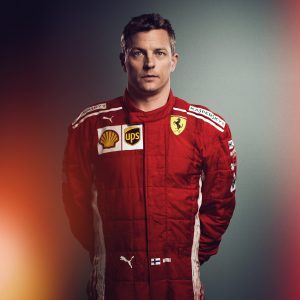